I have been diagnosed with bipolar disorder (type 2), and I regularly use cannabis.  I find it really useful both as an anti-depressant and as a mood stabilizer, consuming cannabis helps me to feel calm, relaxed and balanced.  It gives me inspiration and motivation and overall gives me better cognitive functioning (a study shows ‘increased cognitive functioning in bipolar patients who consume cannabis’).  I have also met other people with bipolar disorder who medicate with cannabis.

One thing that often gets overlooked is the diversity of cannabis-based medicine.  For example I use cannabis Sativa to give me energy, inspire me and help me to prevent or overcome depression.  On the other hand, I use cannabis Indica to help me to relax when too much energy is preventing me from sleeping.  If you are taking cannabis to regulate your energy it is important to try and find out to what extent the plant is Sativa, Indica or Hybrid.  Generally Sativa is better for mornings and during the day, and Indica is better for later in the evening.  As you can imagine an unregulated market and therefore no labeling system, makes it difficult to distinguish between drugs that could even have completely opposite effects! As with most other risks, these are not the dangers of cannabis, but the dangers of cannabis prohibition.  In places where medical cannabis is regulated, a health professional would specify a strain suitable for particular symptoms or conditions.  Similarly as we wouldn’t expect a doctor to just prescribe ‘pills’ as a common treatment for any condition, we wouldn’t expect them to just prescribe ‘cannabis’. 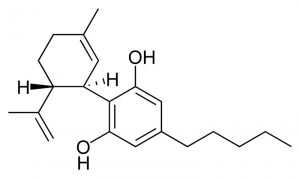 Another key point is about cannabinoid content, THC and CBD are the two most prominent cannabinoids, and their effects are very different.  THC is the part, which has psychoactive properties (it is more associated with getting high), and CBD counterbalances with the effects of THC (CBD is also an anti-psychotic, research Cannabidiol).

Cannabis growers in an illegal, and therefore unregulated market, have a habit of harvesting their crop early to hurry their profits along.  The CBD manifests towards the end of the grow cycle, so doing this creates cannabis that is too heavy on the THC:CBD ratio.  This makes it less effective in terms of medicinal benefit as CBD is good for feeling grounded, well centered and balanced.

Another component of cannabis that is helpful to me is Limonene, this is a flavinoid that works as an anti-depressant, some strains that help are Amnesia Haze and Lemon Haze.

Some strains are really good for treatment of bipolar disorder, and other strains might not be as good.  Also medical cannabis may not be for everybody, but in many cases people don’t get on well with pharmaceuticals and it proves to be a life-saver.

As for cannabis causing psychosis, I think this has been vastly overstated in the mainstream media and by our politicians.

I think that cannabis promotes peace and solidarity within our communities, it helps us to see past the notions of prejudice that keep us divided (which might be part of the reason it is illegal as well as perhaps describing the nature of cannabis psychosis).

To build a more accurate understanding of the relationship between cannabis and mental health I have found the following useful.

“Elimination of all problematic substance misuse would reduce the instance of all psychiatric illness by only 0.2%, and schizophrenia/psychosis by only 0.1%” -Research by Keele University (2005)

“Smoking strains of cannabis containing CBD in addition to THC may be protective against psychotic-like symptoms induced by THC alone.” -Research by University College London (2008)

“There is a strong association between smoking (tobacco) and mental health disorders.  Overall smoking prevalence among psychiatric patients is two to three times higher than among the general population, ranging from 40-50% among people with depressive and anxiety disorders to 70% or higher among patients with schizophrenia.” -Action on Smoking and Health (2011)

My views on the safety and efficacy of cannabis as medicine are based in both my personal experience and my research.  In the UK this topic is still controversial and I face a lot of stigmatization for my choices from my family and my doctors.  I am confident that medical science proves cannabis to be safer than psychiatric pharmaceuticals.  I read in New Scientist magazine that a staggering 197,000 EU patients die every year from an ADR (adverse drug reaction) to pharmaceuticals.  Yet not mentioned was that in contrast to this, no deaths have ever been recorded from an adverse drug reaction to cannabis.

I try to focus on the medical science which is true across the planet, as opposed to the geopolitical or industrial ‘self preservation of power’ and market share which we can clearly see lobbying our political system. 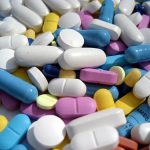 Pharmaceuticals are big business, one of the most profitable sectors in the world.  I find it wrong that a few people can profit so much from the maintained sickness of other people.  It’s about curable or treatable.  After all if we could cure disease with natural and locally available herb, then our dependence on these patentable and toxic chemicals would be reduced and their dominant market share would deteriorate.  The reasons for cannabis prohibition are complex and are more to do with money, control and power than a genuine health concern.

Here is another good link.  All drugs should be compared objectively in terms of benefit:harm or benefit:risk ratio, this would show cannabis as being the one of the safest recreational drugs in front of alcohol and tobacco.  This shows how illegitimate cannabis prohibition really is.  Bipolar disorder is notorious for co-existing with escapism based recreational substance use (comorbidity), and my uncle who also suffers from bipolar disorder drinks a lot of alcohol and has also been quite seriously caught up in cocaine use. Cannabis is not physically addictive, furthermore the addiction potential of any substance can only be measured when taking into account the individual’s susceptibility to addiction.

For me cannabis is probably the safest thing I could be doing, it exercises my cognitive liberty, it opens my mind to the inspiration and motivation I need to learn, enjoy life and feel well.  I’m not qualified to offer medical advice and so I can only really share with you how it works for me.  Feel free to get in touch with any questions or comments about this or anything related, I have included some more links below for further reading if you are interested.  I wish people the best of luck with everything and hope you can find out the truth about this subject amongst so much misinformation.

Run From The Cure (full documentary)

Cannabidiol: The wonder drug of the 21st century?