A 17 Year old Head Boy and England under 19 Lacrosse international who was summoned to court for 50p worth of cannabis – has committed suicide after fearing that it would block his chances of working in America. 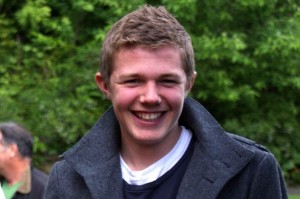 Edward Thornber, 17 was on holiday with his friends in Newquay in 2011 when he was stopped by police and found to be in possession of 50p worth of cannabis. For those unaware of just how little this is look at your little finger nail and then think smaller. It was the second time he had been stopped under the same circumstances. Read the news report here.

Britain’s drug laws are not working and this is evidence that needs to been seen.

Currently cannabis is available to anyone and everyone that has a note with the Queens face on it. There are no restrictions on age because the local dealer doesn’t want to stamp out a huge part of their customer base. The Misuse of Drugs Act 1971 allows children and teenagers to freely buy cannabis and with absolutely no quality control or guidance. Surely this is a rather dangerous policy especially when you take into consideration that those selling to others underage are probably involved with organised crime. They just want the money. We allow for them to sell to our children by asking for enforcement of prohibition.

Drug policy reformers have long called for the regulation of cannabis sales which would remove it from a criminal market and allow age restrictions and ID checks to be implemented as we do with other recreational and medicinal drugs. Edward was not yet 18 but he was still able to get hold of cannabis. A fledging lacrosse athlete with international ambitions and the Head boy of his school, cannabis can’t have been causing him too many problems. Yet, upon being caught by the overreaching arm of the law his life took a dramatic and very cruel twist.

America takes the trophy for most destructive drug policy in the west. They imprison 25% of the world’s prison population, most are in for a drug related offence and the majority of those are for cannabis. They are so strict with their drugs policy that they will not allow anyone into the “land of the free” if they have a criminal record for drugs – including a court summons for 50p worth of cannabis if the court could be bothered to convict him of such a “crime”.

The prospect of not being able to fulfil the dream of becoming a lacrosse coach in America was too much for young Edward to bear. He hid the fact that he had been caught from his parents probably because he did not want to upset, anger or disappoint them – an understandable reaction for a teenager in trouble.

Without any support, guidance or reassurance Edward Thornber took his own life by hanging himself. Facing the potential stigma and humiliation of becoming a drug criminal that would change the course of his life from the one he had been preparing himself for ultimately affected his state of mind. This is a tragic example of how the laws policing people over cannabis are far more harmful than cannabis itself.

Lets just take a look though at what might have happened had Edward not ended his life prematurely. As he was only 17 he would not have had the experience and insight to take things into perspective.

If his case went to court and the Judge was cruel enough to find him guilty over 50p worth of cannabis he would have got a criminal record. In this case no one would have been protected and a young boy with some marvellous life prospects would have had his future shattered. Employers and those considering him for further education would have looked him at differently, and he would probably have never been allowed into America. He may even have been kicked off of the England national lacrosse team for taking a drug.

If drug laws are enforced to protect people then who has been protected here and can the state claim this as justice? Cannabis wasn’t affecting his life and the only thing that will now is his criminal record. Where is the logic in this? There is none and this is happening to hundreds of thousands of youths every year in Britain for minor possession charges. This is a serious violation of human and civil rights.

Of course another scenario could have been that the Judge saw the court summons and decided that it was a complete and utter waste of his and the courts time and resources, that dealing with cases of rape, murder, burglary and banking fraud are much more important and serious than a 17 year old with 50p worth of cannabis. If this was the case then Edward ending his life so early would have been even more so in vein.

The worst thing about this whole tragedy is that no court summons would have been issued had the officer filing the paperwork put it in a different coloured file. 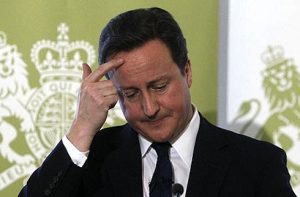 Do police officers need better training in the office or does David “Britains drug policy is working” Cameron need to listen to the substantial and overwhelming stack of evidence presented to him in the last 2 years? A host of international politicians, businessmen and statisticians including the MPs Home Affairs Select Committee, UK Drug Policy Consortium, Global Commission on Drugs Policy, 53% of the public and over half of Tories that show there is a safer, more effective and humane way to deal with drugs that doesn’t criminalise or discriminate.

David Cameron as a school boy was caught with cannabis whilst at Eton, had he been dealt with in the same way as Edward via the police he might not hold such a privilaged possition today – one that allows him to restore a broken and unfair system that he has managed to slip through the net of yet refuses to on every occassion presented.

Politicians and prohibitionists that currently stand under David Cameron and his disgusting attitude towards drug policy when this is the outcome have Edward Thornbers death on their conscience.