According to the Liverpool Echo and Dr Faizal Mohammed, Liverpool black market drug dealers are lacing cannabis with heroin, methadone and diazepam in an attempt to get smokers addicted to cannabis and keep coming back. Cannabis is renowned for being a form of relaxation that is a less harmful and addictive to legally available drugs such as alcohol and cigarettes. 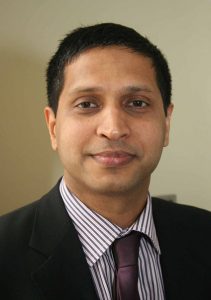 Dr Faizal Mohammed, a specialist and clinical director for Mersey Care NHS Trust’s addiction service has suggested that most young people are coming for help with withdrawal symptoms of the laced cannabis than they are seeing for alcohol problems, although he provided no evidences for his claims.

In any case, this would indicate that younger people are more aware cannabis is a safer form of recreation than alcohol, as the medical literature from studies has shown; however due to the lack of control of the industry that produces cannabis and the market that sells it, they are left at risk by unscrupulous dealers looking to get repeat custom.

An ex-addict interviewed by the Liverpool Echo says people “wouldn’t know what they were smoking”.

Brian Conlon from the Merseyside Cannabis Supporters campaigning for the legalisation of cannabis in the UK said, “We were shocked at the lack of facts within this story and how much was just based on hearsay of an ex-addict, the press should be promoting both sides of the story.”

The Independent Scientific Committee on Drugs chaired by prof David Nutt, also the newly appointed head of the European Brain Council, have published a chart listing drugs in their order of harm 1 being the most harmful and 20 being the lesser. While cannabis was rated at number 9, heroin, crack, tobacco and alcohol were placed between 1-4.

Any seasoned cannabis smoker would be aware if their cannabis was somehow tampered with or laced with other drugs. It begs to ask if the cannabis in question has been tested to confirm that these claims of cannabis laced with other drugs are true or not. Without testing in a lab and just anecdotal evidence at hand from unqualified consumers, there are good reasons not to believe the claims, as the article confuses matters and tries to find other excuses.

“If you are in the Mersey area please be careful if you are forced to buy your cannabis from the streets. Those with a previous history of addiction should be extra vigilant. If in doubt, put it out – or just don’t give these criminals looking for a quick penny the chance to put your health at risk in the first place.”

While this public health warning is being overlooked, much of the article tries to warn people of the dangers of cannabis and how addictive it has become due to people spraying harder drugs, glass, iron and sawdust (to add weight) it fails to draw upon the most obvious causation – prohibition.

During America’s prohibition of alcohol in the early 20th century there was a rise in bootleg liquor, often contaminated with poisons and harmful chemicals to increase the intoxicating effects of the drink. People went blind, had bleeding stomachs and even died at hands of the ruthless profiteering gangsters like Al Capone. They would never have been able to cause so much damage through the dangerous drug that they were peddling, i.e., alcohol, if it were not prohibited. They wouldn’t have gone around with their tommy guns and shoot down rival gangs moving in on their territory.  We are seeing the same ruthless tactics being employed by some criminal gangs in the UK with cannabis this time.

The Liverpool based so-called drug expert, Dr Faizal Mohammed  has also indicated that people are not only moving towards cannabis from alcohol, but the numbers of people using crack cocaine and heroin and coming to them for help is also declining. If this is the case then regulation would surely be a way to protect consumers and take the trade out of the hands of dangerous people that deserve to be behind bars.

When drugs are sold in an unregulated environment there is nothing to stop cannabis being sold next to crack or heroin; they all are prohibited substances and “controlled” by the Misuse of Drugs act and criminals looking to profit will happily take the risk to sell. Cannabis is a much easier drug to produce in the UK than crack or heroin, and also much cheaper. Growing cannabis takes three months minimum and for the set up cost of around £400 a profit of £10,000 could be made from a grow.

Merseyside Cannabis Supports members say they have “not heard of any cannabis laced with another drug, or even attempting to contaminate cannabis at all. Consumers are wising up to these old tricks.”

Mr Conlon added, “We at MCS believe both medical and recreational use of cannabis is a basic human right.

“The only thing that can be taken from this story is that we should have a regulated market and a safe place in which to consume cannabis.”

Cannabis sold in the legal regulated market to over 21’s in Colorado is tested in labs for purity and potency. It is grown under strict state regulations. The product is prepared safely and labelled for the consumer to be able to make a choice of what potency and what effect they want. A number of medical marijuana patients have stopped using drugs like heroin, crack, cocaine and benzodiazepines and their prescription substitute drugs, because of the safety of cannabis compared to prescribed alternatives such as methadone and subutex. They do not face the risk of being exposed to those substances through their cannabis or the way they obtain it. No other drugs, including alcohol are sold alongside cannabis. It has just been decided that $99million of the money raised from the tax of recreational cannabis sales is going to be put into substance education programs to help reduce the harms of drug use and abuse.

Despite the potential serious health problem facing cannabis users, if the claims are true, the article tries to focus on the harms of cannabis – not the drugs that are causing the addiction and which can be lethal, something cannabis is not capable of being.  Dr Failzal Mohammed wanted to highlight that there is more high potency cannabis (often referred to as skunk) now on the market, which he says “has more THC – the harmful element”.  While this “specialist” may be of the opinion that it is “harmful” the scientists at GW Pharmaceuticals have been using it to treat the debilitating spasm’s and tremors of MS patients. The medical pamphlet that comes with their drug, Sativex which can also be prescribed for neuropathic and chronic back pain issues, indicates that there are no withdrawal symptoms when patients cease using the drug. The only withdrawals cited by patients that have stopped receiving their Sativex cannabis medicine due to NHS Trust funding withdrawal are a return to the painful and life altering symptoms.

Incidentally, there is no mention of cannabis being laced with any other drug in the 2008 Cannabis Potency Study carried out by the Home Office with the help of GW Pharmaceuticals.

Dr Faizal Mohammed does in some ways appear to be unsure about his own claims though. In the quote from the Liverpool Echo article he says “There is a clear association between cannabis and psychosis (abnormal condition of the mind), maybe a causal link. Whether it can cause psychosis is not entirely clear, but there is some link with depression and anxiety.”

So in two lines cannabis has gone from being a “clear cause” of psychosis to “maybe” being the cause and then to, “it’s not entirely clear”.  Does Dr Faizal Mohammed know what he’s talking about or is he just looking for media attention?

Despite people choosing cannabis for its well-known and proven track record of safety they are unaware they are, if Dr Faizal Mohammed’s claims are true, they’re being exposed to drugs that have harmful and unpleasant side effects such as anxiety, depression and withdrawal from diazepam which will mimic Indica strains to make you sleepy and relaxed. Conversely crack would produce a much more amplified version of Sativa strains giving you a more cerebral and energetic effect.

The worrying thing is, prohibition allows children to become part of the industry, both buying and selling cannabis. They can buy cannabis without ID, which is required by law in places like the coffeeshops of Amsterdam, but they may be selling it too, with such little experience and without any education of exactly what cannabis the drug gangs are pushing. These are the same drug cowardly gangs that would rather a child got in trouble with the law instead of them.

A drug user interviewed by the Liverpool Echo said  “These kids of the new generation are in an even worse place than we were. Now they spray it with methadone, diazepam. They put fibre glass, sand and saw dust in to weight it. The diazepam gives you a buzz but when you stop taking it, you get mad panic attacks and it’s a scary place to be.”

“They’ll put heroin in it which shows how determined they are to keep people on the end of the line.”

While cannabis has never been proven to induce someone’s appetite for heroin or cocaine, a dealer selling all three may have learned a trick or two when it comes to enticing vulnerable or underage people into trying something else.  It is a dangerous game for the Government to play when they allow the drug market to be mixed. There aren’t many people that go and buy a bottle of wine from the off-license and then think, “you know what, I must pick up some heroin on the way home”. The same is true for cannabis under regulated models such as the Cannabis Social Clubs in Spain. Club members buy their cannabis from a safe source and know exactly what it is they are getting and you won’t find any other recreational or party drugs in their clubs, so there is no temptation or anyone to temp them.

Lloyd Eggs writing for the London Cannabis Club wrote: “There are more than enough people addicted to heroin and crack to sustain those dealers, and any drug dealer that thinks the way to create new crack addicts is by spraying cannabis with crack isn’t going to be in business for long.

If we could, as a society, have a more open and honest debate about cannabis, its effects and its market we would be able to reduce any potential harm dramatically. If people are worried about youth consuming cannabis, we should look at ways to restrict their access. If people are worried about contamination, which is only happening under prohibition then we should regulate the industry. The methods of going after street dealers, gangs and even full scale commercial cultivation with expensive and timely police investigations and raids has not been effective and is not any having an impact on the use rates at all, which the NHS trust suggests national statistics prove cannabis use is still increasing. All we are seeing is cannabis being made more harmful than nature intends it to be.