The first stage of the fight on legal cannabis has been won in two American States, as you well know.  Legalization has happened in Colorado and the results are pretty impressive.  Five million dollars in sales in the first week alone!

That isn’t chump change.  There are a lot of businesses in Colorado that would like to be able to claim that kind of sales boom.  It probably won’t sustain at that level, simply because it is new and the prices are frankly outrageous.  It still proves a point though: Cannabis users will line up in an orderly fashion to buy their weed at a store.  Business leaders are watching that closely.  The lack of deteriorating public order in that state seems to suggest this profit is without major social consequence.

This is an excellent start.

Legal cannabis on sale in Colorado.

There are a lot of people rushing to declare this a failure.  They are the same kinds of people who said man would never circumnavigate the globe, walk on the moon, or create a beer that both tastes great and is less filling.  While the last of those eludes us to this day, we did accomplish the other two more significant feats.  They took more than a week.  They took many, many failures.  The Apollo program was hardly without setbacks, and while not known to any exact figure the number of people who were lost at sea trying to sail around the planet is astonishing.

Those people didn’t give up.  Let’s break the stereotype of pot smokers and have a little bit of focus and staying power here, shall we?  The baby is still in the bassinet, and prognosticating on its future failures to walk and talk is just being contrarian.  Thomas Edison was famously asked how he felt about his first 300 failures when attempting to invent the electric lightbulb.  He replied that he hadn’t failed 300 times, but rather had learned 300 ways not to make a lightbulb.  Failure is a valid endeavor assuming you learn from that failure.

Good thing he didn’t give up; I bet you have a few of those electric lights in your own home today.

The biggest obstacle in the expansion and continued success of the Colorado program, aside from price points which we will discuss, is the issue of banks.  Currently it is illegal under federal law for a business that sells cannabis, either medicinally or recreationally, to put their money in a bank.  That money is considered under federal but not state law as “proceeds of crime” and as such introducing that revenue into the normal stream of commerce would be illegal.

No; it doesn’t make a whole lot of sense.  Then again, the duality between state and federal law in the United States is kind of confusing on many fronts.  Cannabis is in no way unique on that respect.  There is a similar problem with brothels in Nevada, those being technically illegal on a federal level but okay on a state level and so long as what happens in Vegas stays in Vegas, the federal government is pretending that there isn’t a problem.

They’re going to have to do the same thing with cannabis, eventually.  It’s a growing business, and now several states are debating legalizing recreational cannabis.  Why?  Five million dollars in a week, much of which was state taxes, is a very spicy meatball.  That’s a flood of cash in a time when the entire country is swirling around the toilet bowl of insolvency.  While there are a whole lot of slow witted politicians who are trying to make a moral argument out of substance consumption (often over drinks), there are even more who are trying to make a “let’s not go totally broke” argument.  Who is going to win? 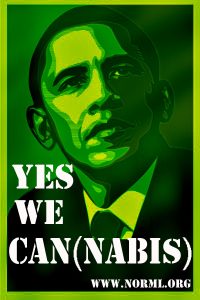 President Barack Obama has frankly been nothing short of totally gutless on this subject.  That isn’t a surprise; he’s been a pretty weak executive on many fronts.  The Republican Party has kicked him around through his entire time in office, and he clearly isn’t going to stand up to them on this one.  To be fair, Congress would have to authorize the legalization of cannabis on a federal level, and those clowns couldn’t agree the sky is blue on a sunny day.  Obama hasn’t said one good thing about cannabis, despite his own history of consuming it.

Let’s face it, Barack is no progressive.  He’s another status-quo corporatist who doesn’t give one iota of a rat’s behind about populism.  Any such notions have been projected on him by progressives themselves at their own peril, so there isn’t about to be any help there.  He’s another weak hypocrite in an expensive suit; you can just toss him on the pile with the rest of the Republicans pretending to be an alternative to conservatism in order to win over the not-thinking-too-hard liberal voters.

That leaves the business of cannabis finance in limbo.  It is legal to sell cannabis in Colorado, provided you have a licensed establishment to do so.  That sounds draconian to some, but they aren’t considering the fact you need a business license to sell hamburgers as well, there is nothing special about business licenses.  You cannot take the money you make selling cannabis and put it in the bank … so what do they do?

The suggestion has been made that cannabis shops form some kind of cannabis-themed credit union.  That doesn’t really work unfortunately, because it still falls under the jurisdiction of a number of federal banking laws all of which state it is not okay to deposit money that came from weed.  To do so, and then introduce that revenue into the normal stream of commerce, would be money laundering.

We live in ridiculous times.

Right now there is also the issue of price; legal cannabis is pretty damned expensive in the Mile-High City.  That means the black market will continue to flourish in the immediate future.  The subject is one which must be addressed.  Will taxes have to come down?  Will increased supply and production lead to falling prices?  These questions are impossible to answer at the moment because the program is in its infancy.

The same is true of alcohol though, isn’t it?  You can buy illegal, tax-free moonshine in America.  There is a not-insubstantial possibility that moonshine will contain methanol because of poor production standards and either blind or kill you, but you take your chances when you buy an unregulated product of any kind.  Let’s not even think about what counterfeit Viagra from Mexico can do to you. Moonshining is a multi-million dollar business in some parts of America, aside from being a long-standing tradition.  That hasn’t stopped liquor stores from cropping up on every street corner across the nation.  There is probably always going to be a segment of the population who wants to operate under the radar and flaunt the law.  There isn’t much you can do about that fact.

Black markets exist everywhere, for everything.  The idea that drugs are the sole bargaining chip of the underground economy is simply laughable.  You can buy counterfeit clothing, cell phones, movies, music – why do people assume that legal cannabis will be an all-or-nothing proposition?  Why is there such a different standard?  Personally, I’ve flown under the radar with my cannabis use, often working in industries where the revelation that I am a heavy user would be the end of my employment.  I’d like it out in the open, even if it does cost a little more.  I’m sick of dodgy dealers and shady meetings in weird locations.  I’ve been doing that crap for over 20 years now and frankly it’s tiresome.  I want to buy my damn weed the same place I stock up on rolling papers and Dr Pepper.

This actually means, if you want to be completely objective, that the best of ALL worlds is now available.  Do you like buying weed of varying quality from a guy at a coffee shop at 2am?  You can go ahead and do that.  Would you rather go down to the shops and pick up cannabis the same way you buy every other consumer product?  You can do that in Colorado now.  People in areas with a legalized program are better off even if they want to pursue the black market option, because more choice is always better.

If there is going to be too much competition from the black market I think you will find the state eventually drops taxes to a lower level.  Why would they do that?  Because more consumers at a slightly lower rate is still greater revenue than few consumers at a high rate of taxes and that will benefit the state.  The math is going to have to get worked out over time.  We don’t even know what sales are for week two of the program, how can we possibly project sensible estimates over time?

Prohibition is dying a rapid death before our eyes, and all things considered, it looks pretty cool.  Nothing is perfect for anyone, of course, but these are the first shaky steps in the brave new land of legalized and regulated cannabis.  Frankly, the fact things have rolled out in as orderly a fashion as they have is pretty shocking.  I expected a bit more kicking and screaming from the likes of the conservative population.

Other than Nancy Grace – she always thinks that civilization is about to collapse.  She’s an idiot. 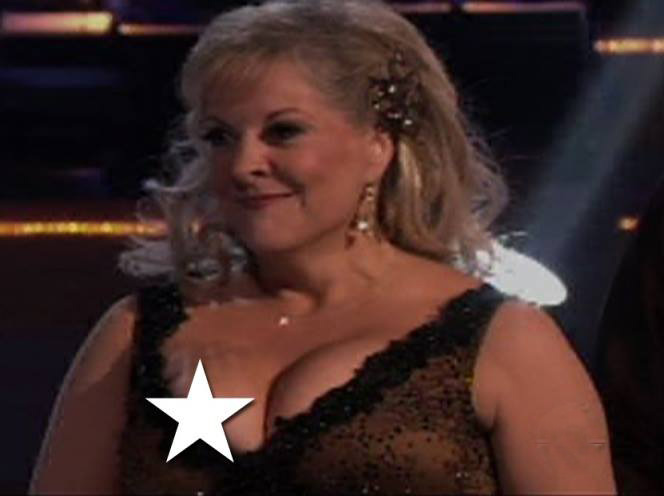 Be you a black market buyer, a medicinal user, or a once-in-a-blue-moon recreational toker who doesn’t want the hassle of dealing with illegal street drugs, you are now better off in Colorado.  Everyone wins something in this equation.  Since the fight against prohibition has seen nothing but losses for almost a century now, I see cause to celebrate every small victory, and this one isn’t even small.

Note: The author is about the most hardened cynic in the world and if he thinks this is a good thing then your skepticism is probably crazy.

James Collins is a Canadian blogger, author and activist.