Home » News » Cannabis and Corporations: The Future of Weed

As you may or may not have heard there has recently been a major change in the Canadian Medical Marijuana program.  The sitting Conservative government has decided that rather than leave Health Canada to grow low-quality medical cannabis in an old mine in Manitoba, that private industry should be licensed to meet the demand.  This is a major change of direction for medical cannabis in Canada, and I believe an indication of the shape of the future cannabis market both medical and recreational.

Under the previous regimen licensed medical users in Canada had the choice to either grow a small quantity of plants for their own use, or receive cannabis in small packets from Health Canada.  There was a great deal of dissatisfaction with the program on all sides of the argument, with everything from the quality of Health Canada cannabis to the limitations of private growers being an issue for patients, while on the government side of the fence there was concern private growers could be selling to unlicensed users.

Being as Conservatives don’t like loose ends, like small grow operations they couldn’t really control, they decided that this program would best be handled by licensed private firms.  One such operation has now been started up in the old Hershey chocolate factory in a small town between Ottawa and Toronto called Smiths Falls.  It’s a boon for private industry, the opportunity to profit from the medical cannabis market was hotly sought after by investors and in this case they got what they want…mostly.

Small growers are upset with the situation, as they are unable to meet the requirements to become an officially sanctioned operation.  Medical cannabis users are split on the issue, with private growers in opposition and those receiving low-quality cannabis from Health Canada more hopeful that private industry will produce a superior product.  This seems likely, being as the quality of medical cannabis grown by Health Canada is notoriously bad.  I don’t think we can expect that the government would do a good job of growing marijuana after spending the previous seven decades trying to stamp it out of existence. 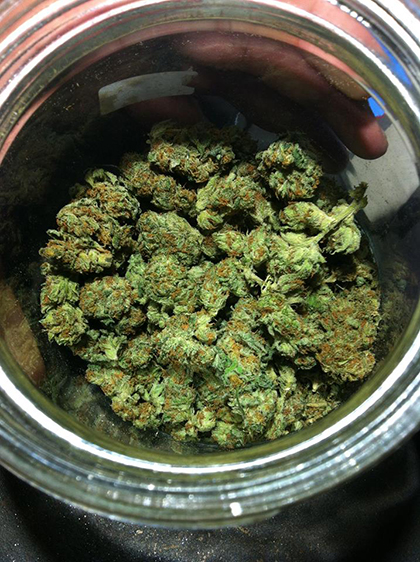 Cannabis is a medicine

I think this kind of publicly sanctioned private operation is going to be the future of legal cannabis in the western democracies.  While it doesn’t pass the smell test for some progressives, who see government licensing and intervention as an infringement on their freedoms, it is very likely the only way we will see an end to prohibition.  Ultimately any movement forward is going to involve compromise; we can’t expect everyone to be on the same page from the outset.  With the opposing camps being “free the weed” and “jail the potheads”, it seems like a reasonable middle ground would be commercial licensing.

Regulation isn’t itself a bad thing.  Our food is regulated, and that system is effective enough that a handful of deaths from listeria people contracted from tainted lunch meat were a national scandal.  That’s something to be proud of, food poisoning kills countless people around the world and our systems of control have reduced that to events so uncommon they are seen as cataclysmic in the public eye.  By the same notion, regulated cannabis could ensure consistent quality and reduce the possibility of contamination.  Every user both medical and recreational has gotten a bag of low-quality weed in their smoking career, and this is partially because under prohibition there are no inspectors checking out grow operations to make sure they are handling their plants properly.

The government isn’t all bad.

At the same time, the free market has properties which could benefit medical, and in time recreational, consumers of cannabis.  Competition has its perks, and when more companies are licensed, giving medical users a wider variety of products, it could improve the lives of countless patients.  While legal cannabis is an improvement over the prohibition regime, many medical users even when licensed have turned to black market suppliers in order to get the quality they require to treat their condition.  Wouldn’t it be nice to go to the drug store and be able to choose from a variety of strains engineered to different purposes?

For medical users the chemical particulars of their cannabis is a serious issue.  The cannabis produced by Health Canada boasted a 12% THC content and less than 1% CBD.  For the medical user seeking relief from inflammation and pain this isn’t the best quality available.  New research has shown that high CBD content is key to the reduction of inflammation and also in stabilizing mental health issues which have psychotic features.  CBD is the new holy grail of cannabis medicine, and knowing this, private corporations are going to try to make a product that works.  Failure to do so will mean succumbing to competition.

Right now the program in Canada is highly restrictive and only empowers two different companies to grow this medical cannabis.  That isn’t much competition, but it is more than there was previously with Health Canada growing plants deep in an abandoned mine.  It’s a start, and in a nation where bureaucracy rules over all, any step forward, however creeping, is a positive development.  We will continue to see this kind of progress as the process of slow normalization continues and the fears of the public are dispelled as the needless hysteria they really are.

South of the border in the United States the situation is far more complex.  With the disparity between federal and state law, the status of cannabis is different in every state.  You can purchase medical marijuana in many states with a doctor’s certification of your approved condition.  Depending on where you are the range of approved conditions varies, with some states restricting very stringently, while other states like California have left the power to dispense medication in the hands of doctors almost entirely.

Recreational cannabis is now available in two states, as you likely know, with Colorado and Washington State both licensing and regulating the production, sale and consumption of cannabis purely for pleasure and enjoyment.  These programs are new, shaky yet in their foundations, and their future remains unclear.  While the U.S. Federal Government still prohibits cannabis even for medical purposes, the Justice Department has recently conceded that they will allow states to regulate the drug under their own programs.  The days of the DEA raiding medical operations which are legal under state regulations may be over.

The prohibition scales are tipping in the favor of cannabis, and the dominoes fall more quickly every day.  It seems like Uruguay was a milestone that will go down in weed history, as President Jose Mujica stood up to the United Nations to say that independent states shall do as they see fit within their own borders, and to lead the charge to end the war on drugs.  It was a watershed moment, because the expected backlash of sanctions and coercion against Uruguay never occurred.  The door was just left standing open for the opponents of the drug war to usher the world into a new era.

One only has to turn on CNBC to see that behind the scenes the tide has already turned.  A running series about the business of medical cannabis in California has been going for some time, and the attitude of the investor class at this point seems to be “if you can’t beat ‘em, profit off ‘em”.  There are few growth markets left in a stalled global economy, and the idea of cashing in on the multi-billion dollar global black market in cannabis is making wealthy business types salivate like dogs.  They have the influence with government that we need, and this is where our public-private partnerships are important.

The government is us, even if there is corruption to overcome, and it should exist to protect us.  Corporations are entirely self-serving entities who will seek to profit by whatever means available.  In a world where private corporations are empowered to produce and sell cannabis we are going to need the protection of regulators to prevent the same cheap hucksters that rip us off in street buys from going full-scale and start selling shoddy product on the store shelves.  That regulation shouldn’t exist to persecute cannabis users, but rather to protect them from unscrupulous merchants who would exploit the market with underhanded practices.

The forces of the War on Drugs are in a phased withdrawal now; we are living in the twilight years of prohibition.  The question before us is not if cannabis will become legal, but what the shape of the legalized market to come will be.  We’re catching glimpses of that now, and it looks a whole lot like everything else we buy and consume.  The free market will fill the need, and the state will regulate its ambitions; we the consumer will ever struggle to get the best deal.  It isn’t perfect, but it certainly beats SWAT team boots and battering rams at your door before dawn. 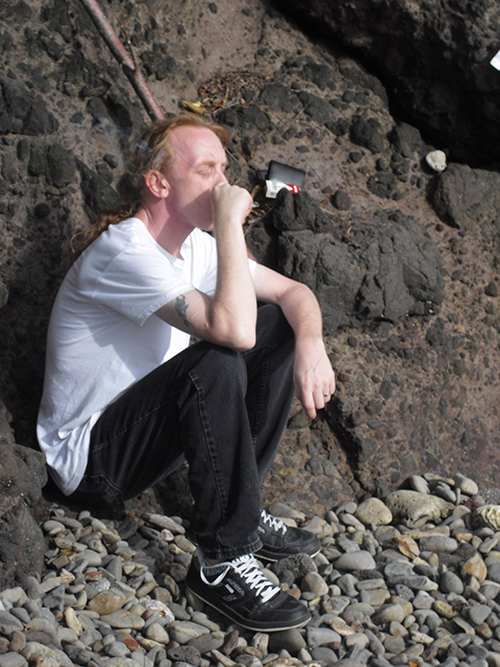 James Collins: Tokin’ on the rocks.